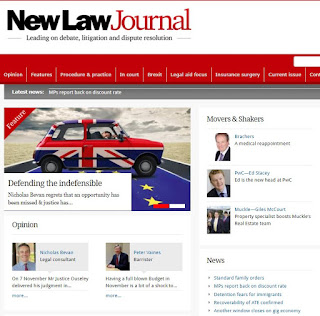 Update on the RoadPeace judicial review


The process of RoadPeace v Secretary of State for Transport [2017] EWHC 2725 was the most far reaching challenge of the United Kingdom's implementation on the motor insurance directives (currently the Sixth EC Motor Insurance Directive 2009/103/EC) since the first such directive was introduced in 1972.

During its two year progress, the defendant has been forced to admit that  its statutory provision and private law arrangements with the motor insurance industry fail to meet the minimum standard of compensatory protection for motor accident victims.

Extensive changes have been made to the MIB agreements that govern the compensation scheme for victims of uninsured and unidentified vehicles. Furthermore, the government has openly admitted that the Road Traffic Act 1988 and the EC Rights Against Insurers Regulations 2002 which prescribe the duty to insure and confer direct rights of action against motor insurers are too narrowly scoped.

It is regrettable, reprehensible even, that the government has failed to amend its defective legislation notwithstanding having been alerted to the urgent need to do so in its own February 2013 consultation and following the landmark European Court of Justice ruling in Damijan Vnuk (Case C-162/13)  over 3 years ago.

In my latest New Law Journal article, published this week, I explain why Mr Justice Ouseley's judgment in  RoadPeace is a disappointment - despite the judicial review process having resulted in the most significant reappraisal and reform to motor insurance for decades.

It is to be hoped that when the learned judge delivers the declarations of non-conformity that he has agreed to, he will impose a strict time limit on the government to clarify the law by amending its legislation. Otherwise, motor accident victims who are encouraged to approach insurers and the Motor Insurers' Bureau direct will be unaware of their proper entitlement.


The rule of law depends on legal certainty to ensure that statutory provisions and compensatory schemes can be understood by a reasonably intelligent layperson.  A recent spate of ill informed judicial decisions demonstrates that not even the Court of Appeal can be relied on to decipher the true legal entitlement of individuals under EU law to a compensatory guarantee through insurance.  I refer in particular to Ward LJ's judgment in EUI v Bristol Alliance Limited Partnership [2012] EWCA and Longmore LJ's judgment in Sahin v Havard [2016] EWCA Civ 1202 and my earlier articles and posts that explain why both are per incuriam.

In my next post (on Lewington v Motor Insurance Bureau [2017] EWHC 2848 (Comm) ) I will explain how this motor insurers consortium, which has been invested with extensive quasi-judicial and inquisitional powers, continues to invoke these non-conforming statutory provisions to evade compensating genuine third party motor accident victims.