There are two recent developments to report:

Follett v Wallace: one string too many! 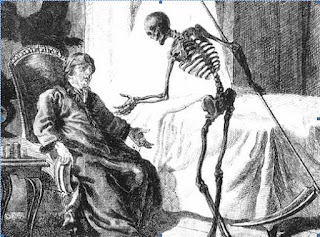 Firstly, the Court of Appeal’s ruling in Follett v Wallace [2013] EWCA Civ 146 is a case where the Court was required to weigh the commercial interests of compensating insurers against the time honoured principle of providing a catastrophically injured victim with a clean break. Unfortunately, it did so largely in the insurers' favour.

This was a catastrophic road traffic injury claim where neither liability nor quantum was in dispute. The parties were agreed that part of the claimant’s compensatory entitlement should be paid under a periodical payments order.

The dispute concerned the terms of the proposed periodical payments order.  The compensating insurers wanted the order to include a provision that required that the claimant be required to attend regular medical examinations by its medical experts for the rest of his life.  This had nothing to do with the re-evaluation of the claimant’s compensatory needs under a variable periodicial payments order.  Its justification was that it would help the insurers fine tweak their reserves by updating their medical assessment of the victim's life expectancy ; the obligation to surrender to medical examination would endure for the rest of the victims life.

The New Law Journal is about to publish my critique of this decision in June. I will argue that the commercial interests of motor insurers should not outweigh the personal rights of a victim.  .  I question whether a court has jurisdiction to make such an order, especially where liability and quantum are no longer in dispute, and I wonder why the victims fundamental right to privacy under article 8 of the Human Rights Act 1988 was never raised.

The Damages Act 1996 (as amended by sections 100 and 101 of the Courts Act 2003) does not empower a court to vary an ordinary periodical payments order: the payments must adhere to the scheme devised at the time the order was made.  Accordingly, there should be no need or justification for the victim to be re-examined once the order is made.  Such provision is to be found within the Damages (Variation of Periodical Payments)Order 2005 which permits the payments to be reviewed where, at the time the order is made, it is established that there is a reasonable prospect that at some time in the future of the claimant will either suffer some serious disease or deterioration, or enjoy some significant improvement their physical or mental condition. So the circumstances in which a court retains a jurisdiction to make an order of this kind is restricted to a variable periodical payments order where the contingency originally anticipated materialises; justifying a further medical examination of the claimant.

The insurers did not have it all their own way, the Court of Appeal restricted the obligation to undergo further (post settlement) examination, as follows:

“The Defence Insurer shall be entitled to require the Claimant to undergo medical examination at its request upon reasonable notice being given to the Claimant at any time during the Claimant's life time, such medical examinations to be limited to obtaining a medical opinion as to the Claimant's general health in order to obtain a quotation for the purchase cost of an annuity to fund the periodical payments and/or (not more frequently than once every seven years) for the express purposes of reviewing its reserve. The cost of any such examination, to include any reasonable costs and any loss of earnings incurred by the Claimant in attending the examination, shall be paid by the defence insurer. The Claimant shall have permission to apply to the court in the event of reasonable concern as to the nature or extent of any such examination.”

Even so, this still represents an incursion in a long established policy of encouraging a clean break between the victim and the tortfeasor’s insurers.

Practitioners should be wary about accepting this unfortunate precedent as a fait accompli.  It is to be hoped that compensating insurers will be required to justify any and all departures from the clean break principle and prove the imperative for a post settlement medical examination.  For example, a GP report should suffice in most cases simply to confirm that the claimant is alive and that there have been no medical developments that significantly alter the victims statistical life expectancy. Hopefully, someone will remember to raise the article 8 issue next time and to question precisely why the court believes it has the power to impose such a morbid obligation on a victim long after the claim has been settled.

The second development to report is that a new model of periodical payments order has been agreed in claims that involve the NHSLA in RH v University Hospitals Bristol [2013] EWHC 299 (QB).
The model order provides formulae by which the calculation of each year’s indexation of periodical payments can take account of any change between the ‘first release’ ASHH 6115 data published by the ONS in November of the previous year and the ‘revised’ data published during the current year.  The new model order takes into account the fact that ASHE 6115 has been reclassified by splitting it into two separate new Standard Occupational Codes (SOC), ASHE 6145 (“care workers and home carers”) and ASHE 6146 (“senior care workers”).  The judgment and an explanatory note are available to download from the Judiciary website at: http://www.judiciary.gov.uk.