DOES YOUR THIRD PARTY MOTOR INSURANCE ACTUALLY COVER YOUR USE? 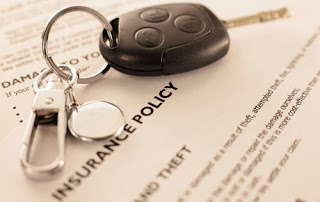 This judgment concludes that although sections 143 and 145 of the 1988 Act require all road users to take out third party insurance that is good for any use the driver might make of the vehicle, there is no corresponding duty on the part of the insurer to supply a policy that is ‘good for any use’ for the benefit of a third party claimant. In EUI this meant that the motor insurer could legitimately exclude any liability to compensate a third party injured by its policyholders deliberate act; in this case the driver's attempted suicide.

Lord Justice Ward delivered the only reasoned judgment in EUI and given his eminence and expertise, it is with great trepidation that I venture to criticise that decision and his reasoning; yet I feel compelled to do so, not least because of the profound implications it has for thousands of victims of motor accidents

Whilst Ward LJ’s judgment reviews the conventional authorities with painstaking and meticulous care, and whilst it gives careful consideration of the European Motor Insurance Directives, it does not in my view provide the correct purposive construction of Part VI Road Traffic Act 1988: one that European law requires.

What I find interesting is that this detailed judgment appears to overlook nothing.  It considers all the relevant articles within the Directive with scrupulous care and it also takes into account the rulings by the Court of Justice of the European Union as to the scope of the third party motor insurance cover required by article 3 of the Directive.  Indeed the judgment even acknowledges the wide impact that the general application of the holistic approach adopted in C-129/94 Ruiz Bernaldez [1996] ECR 1-1929 would have for a conventional interpretation of our UK national law provision in this area.  In Bernaldez and the line of European authorities that have followed it , the European Court of Justice has repeatedly ruled that a motor insurers’ cannot rely on its policyholder’s breach of policy to avoid its obligation to compensate a third party.  This is of course without prejudice to its contractual rights against its policyholder.  Unfortunately, the EUI judgment sought to confine the binding effect of Bernaldez to sustain a restrictive interpretation of the scope of the insurers duty in this regard.

What the Court of Appeal’s judgment effectively boils down to is that, save where expressly constrained by the 1988 Act, insurers are free to issue third party motor insurance policies replete with restrictions and limitations as to their scope and cover.  The corollary of this is that where a victim is injured by an ostensibly insured vehicle, in circumstances where the drivers use is not covered by the policy, then the driver is de facto completely uninsured.  I am convinced that this is wrong.

It cannot be right that motor insurers operating in this lucrative captive market should be entitled to hedge their statutory liability to compensate innocent third parties in this way, so that thousands of innocent victims are forced to go cap in hand to the Motor Insurers Bureau (MIB) and to be subjected to its much less advantageous compensatory regime.

Where a motor vehicle has some insurance in place Community law permits only one exception to the insurers’ obligation to compensate a third party.  This applies where an insurer has exercised its right to exclude liability to compensate a claimant who is not just a willing passenger in the vehicle responsible for causing the injury or loss but who also has actual knowledge that the vehicle has been stolen.  The Court of Justice has repeatedly ruled that as this is the only exception countenance by the Directive to what is a general rule (that third party civil liability should be covered by insurance) and that it is one that should be interpreted strictly.  Furthermore, it has also ruled that the implications flowing from a policyholder’s breach of contract is an  issue confined to the policyholder and insurer. It has also ruled that the MIB should only become involved as a last resort, where their is no insurance at all or where the driver cannot be identified.

The  EUI ratio also undermines the original 1930 Parliamentary concept of providing a uniform compensatory guarantee for victims.  It is clear from the preface in the Road Traffic Act 1930, reproduced below, that the Government’s overriding objective was to provide a compensatory guarantee to third party victims.  I acknowledge that later revisions and amendments to the original statutory provision have had the effect of qualifying the original concept.  However, post 1973 when the United Kingdom joined the European Community, these are unlawful save where expressly authorised by Community law.

Leave to appeal this decision to the Supreme Court was granted but, no surprises here, the claim was promptly compromised.  So we are therefore left with the unfortunate legacy of this judgment.

Given the importance of this issue, as thousands of motor accident victims are potentially affected, I have prepared a detailed point by point critique of the EUI judgment.  This is set out in my latest article in the Journal of Personal Injury Law in issue 3 of 2013: Marking the Boundary.  This article can also be accessed through Lawtel. 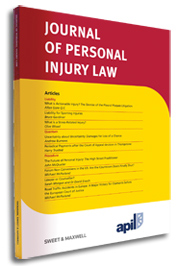 These matters have been drawn to the attention of the Department for Transport, which insists that the United Kingdom has fully implemented the European Motor Insurance Directives. Readers will note from my earlier posts that this is now the subject of a European Commission complaint.