I am delighted to be presenting my public training on motor liability through the Association of Personal Injury Lawyers again this year.  This includes the following locations:

Recent developments require a brand new course, and some fabulous cases,.
The training will cover:

Feedback from previous MIB training
‘Nick is a brilliant and enthusiastic speaker’  ‘
Nick made a rather dry and technical subject understandable and, dare I say it, fun’  ‘In one hour Mr Bevan presented the best overview of the civil justice reforms that I have read or heard’


‘The course notes are superb’ 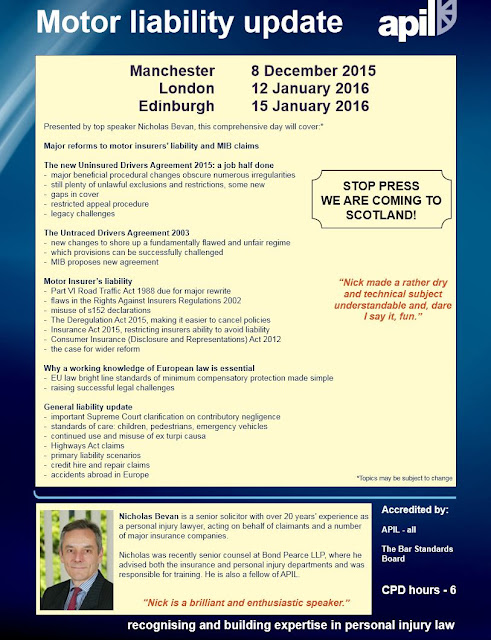