COMPLAINT LODGED AT THE EUROPEAN COMMISSION 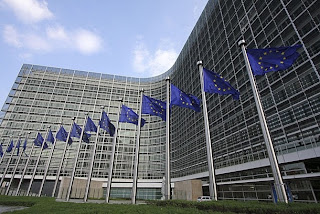 We have reached an impasse with the Department for Transport in my long running campaign for wide ranging reform to the Road Traffic Act 1988 as well as the MIB Agreements.  The DfT has decided to continue with its limited reform regardless. So I have today submitted a detailed complaint to the European Commission.


My infringement complaint identifies a large number of potential breaches of Community law, including:


I argue that the United Kingdom’s failure to meet the minimum standards of compensatory protection required under Community law is systemic: one that encompasses its Legislature, its Judiciary and its Executive, including the Motor Insurers Bureau, which I also contend to be an emanation of the United Kingdom state.  I am convinced that unless the Commission and / or the Court of Justice intervene, this unsatisfactory state of affairs will continue indefinitely.


But don’t hold your breath!
The complaint might not be accepted.  The European Commission also has a complete discretion on whether to take any action and the process can take years.  I have asked the Commission to try persuasion first, rather than compulsion.


Posted by Dr Nicholas Bevan at 16:21 No comments: