Introduced to Parliament on 1 July 2019.

Section 152 Road Traffic Act 1988 to be reformed once more

Once an insured risk has materialised, a motor insurer will no longer be able to avoid its statutory liability to compensate third party victims on the grounds that the policyholder deceived them when the motor policy was taken out.

The section 152 declaration procedure, widely employed by motor insurers to deflect claims to the relatively disadvantageous scheme managed by the Motor Insurers' Bureau under the Uninsured Drivers Agreement 2015 is effectively abolished and not before time! 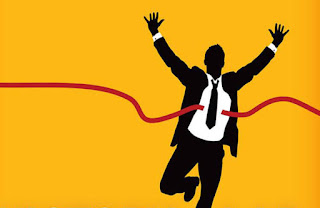 June and July 2019 have been very satisfactory months from my perspective.  They have delivered two major reforms on issues that I was first to raise and then to campaign to reform.

In June 2019 the Court of Appeal's ruling in MIB v Lewis confirmed something that I have been contending for, for the past twelve years.  It ruled that the Motor Insurers' Bureau is an emanation of the state and that this status fixes it with a liability to compensate motor accident victims adversely affected by the governments failure to fully implement the civil law rights conferred under the European Directive 2009/103/EC.  This has far reaching implications, some of which I allude to in this blog in my earlier postings this month [see The MIB's Surrogate Liability].

The government’s explanatory note has this to say:

'Regulation 6 amends section 152 of the Road Traffic Act 1988 (c. 52) to limit the rights of an insurer to rely on having voided an insurance policy after an accident has taken place. Regulation 7 makes an equivalent change for Northern Ireland and amends section 98A of the Road Traffic (Northern Ireland) Order 1981. Regulation 8 is a saving provision for any court declarations obtained prior to 1st November 2019.'

I believe that I was first to argue (in my Journal of Personal Injury Law commentary on Delaney v Pickett [2011] EWCA Civ 1532 in 2012 and on several occasions in the New Law Journal, subsequently,  that the ability of insurers to obtain a court declaration that exculpates  them from any responsibility to compensate victims where a policy was induced by fraud or misrepresentation under s152 Road Traffic Act 1988 - was unlawful. I explained that this statutory provision failed to conform with the autonomous compensatory guarantee vouchsafed by Directive 2009/103 and a line of consistent Court of Justice rulings to this effect dating back to Bernaldez [1996] ECR 1-1929.


Excerpt from my 2017 article Inception Deception: 'Motor insurers have relied increasingly on  152 RTA 1988 in recent years, particularly in high value claims. It is a uniformly accepted convention that once a court declaration under s 152 (2) is made, the insurer is released from any direct liability to meet a third-party claim, whether  contractually or statutorily imposed (ie under either s 151 of RTA 1988 or Reg 3 of the Rights Against Insurers Regulations 2002 (SI 2002/3061). ....This author first criticised this approach for being inconsistent with the protective purpose of the Directives in his JPIL commentary on Delaney v Pickett [2011] EWCA Civ 1532 and again in this journal on 8 February 2013 in ‘On the right road? Pt II’, (see 163 NLJ, 7547 p 130) Fidelidade has vindicated this view.'

I also raised this particular issue initially in various consultation responses to the Department of Transport.  When this was ignored, after a long campaign, I manage to persuade RoadPeace to include this issue as one of the numerous grounds where we sought judicial review in 2015.  The strength of my argument was later reinforced by the Court of Justice’s ruling in Fidelidade-Compania de Seguros SA v Caisse Suisse de Compensation  C-287/16.

It was remarkable that Mr Justice Ouseley’s judgment in in RoadPeace v Secretary of State for Transport and Motor Insurers' Bureau [2017] EWHC 2725 condoned this clear and blatant infringement of European law by misconstruing, in the most strained terms, the inescapable implications of Fidelidade, when dismissing this particular ground of the judicial review.

Although the RoadPeace judicial review was instrumental in forcing the MIB to introduce major reforms to both compensation schemes and although it resulted in additional declarations of the UK's non-conformity with EU law, the judgment obtusely rejected our claims that this and number of other similar statutory provisions flouted EU law. The spectre of Brexit appears to have had a tangible effect. After three long years of extensive pro bono work, we were forced to leave this highly unsatisfactory decision where it lay, unchallenged.

The fact that the government has forced through this reform, presumably in the face of stiff opposition from the motor insurance lobby (who rely on section 152 avoidance declarations as a staple first line of defence, especially in serious injury claims where they face extensive liabilities) makes it abundantly clear that the government accepts that Ouseley J got this (and in my view much else) badly wrong in 2017.

Although these regulations only come into force on 1 November 2019 (on day one of Brexit *) their effect can be invoked against the MIB with immediate and retrospective effect, following the Court of Appeal’s decision in MIB v Lewis.

[* After this article was posted, Brexit day was postponed by three months]

As to section 152 Road Traffic Act 1988 generally, I had proposed to deliver a webinar (Winning the unwinnable claim Part 2) for the Association of Personal Injury Lawyers, explaining why Mr Justice O’Farrell’s recent decision in Colley v Shuker [2019] EWHC 781 (QB) which upheld the effect of an insurer’s revocation of its cover under section 152 of the 1988 Act was misconceived and contrary to EU law.  I also intended to cover four new Court of Justice rulings, to explain where the Supreme Court went wrong in its decision in Pilling v UK Insurance  and to explain how, after MIB v Lewis, claimants can pursue direct personal injury actions against the MIB where a policy has been revoked by invoking the same European law directly against the MIB, as though the 1988 Act fully implemented the Directive – only to have my training proposal rejected on the basis that it raised no new point of law. How bizarre!

As a senior fellow and longstanding member of APIL, who has supported its charitable objectives in different ways over several decades,  I am becoming increasingly baffled and concerned by the internal politics that are corroding the credibility and quality of APIL’s training and accreditation schemes.

The government conceded that the scope of the UK’s compulsory third party motor insurance regime failed to implement the Directive’s unrestricted scope both within the RoadPeace judicial review and in its consultation on Vnuk.  Were are now five years on from Vnuk and three years on from the governments promise to act. I suspect that the prospect of a Brexit is influencing events but what has that to do with the rule of law?